The term “Tui” is a neologism invented by the German theatre practitioner and poet Bertolt Brecht in the 1930s in a satire on intellectuals in the German Empire and Weimar Republic. The designation “Tui” stands for a class of intellectuals who subject their thinking to the economic laws of a capitalist society. A Tui is an intellectual who sells his or her abilities and opinions as a commodity in the marketplace and thereby uses them to support the dominant ideology of an oftentime extremly oppressive society. TUIs adapt to the requirements of the market (i.e., neoliberalism) without any authenticity or integrity. These “academic prostitutes” orient themseleves, their character and their thoughts to the perceived requirements of “the market” in order to obtain personal career advantages (see also Prof. Erich Fromm on “The opportunistic marketable/salable character“). Such thinking is no longer “free” but rather a “renting out” of the intellect (in the same way a prostititute sells her body, TUIs sell their intellect for money). Cognitive abilities and opinions are sold. Neoliberal careerism. Misinterpreted social-Darwinism. Integrity and authenticity fall by the wayside.

He who does not know the truth is merely a fool. But he who knows it and calls it a lie is a criminal.

Inventions for people are suppressed, inventions against them are promoted.

He who says A does not have to say B. He can also realise that A was wrong.

No advance is as difficult as the return to reason.

Wilhelm von Humboldt (who could be called the father of the university educational system) expressed this idea succinctly in 1791:

“What is not chosen by man himself, what he is not even restricted and guided in, that does not pass into his being, that remains eternally alien to him, that he does not actually perform with human strength, but with mechanical skill.
…If, however, a man merely acts on foreign demands and instructions, we may admire what he does, but we despise what he is.”

Cf. Prof. Erich Fromm “Haben oder Sein (To be or to have)

… the critique of intellectuals which Brecht developed… around the notion of ‘Tuismus’ engages a model of the public intellectual in which the self-image of the artist and thinker as a socially and politically engaged person corresponded to the expectations of the public. Partisan without being bound to a party, independent of official institutions yet experienced in surviving within institutions, prepared to entertain risks and undertake unconventional experiments: this was how Brecht accommodated a world which he envisioned as changeable. His antagonistic worldview fed on crisis and found its most productive, creative impulse in the escalation of contradictions.

Brecht routinely referred to the members of the Frankfurt School, particularly Theodor Adorno, as “Tuis”. The corresponding term “Tuism” describes the theory and practice of the Tui-intellectual.

Op.cit. pp.100-102):
“The marketing orientation has established its dominant role as a character pattern only in the modern era. In the personality market all professions, occupations, and statuses appear. Employer, employee, and free-lance—each must depend for material success on personal acceptance by those who would use his services. Here, as in the commodity market, use value is not sufficient to determine exchange value. The “personality factor” takes precedence over skills in the assessment of market value and most frequently plays the deciding role. While it is true that the most winning personality cannot make up for a total lack of skill indeed, our economic system could not function on such a basis—it is seldom that skill and integrity alone account for success.
Success formulae are expressed in such terms as “selling oneself,” “getting one’s personality across,” and “soundness,” “ambition,” “cheerfulness,” “aggressiveness,” and so forth, which are stamped on the prize-winning personality package. Such other intangibles as family background, clubs, connections, and influence are also important desiderata and will be advertised however subtly as basic ingredients of the commodity offered. To belong to a religion and to practice it is also widely regarded as one of the requirements for success. Every profession, every field has its successful personality type.
The salesman, the banker, the foreman, and the headwaiter have met the requirements, each in a different way and to a different degree, but their roles are identifiable, they have measured up to the essential condition: to be in demand. Inevitably man’s attitude toward himself is conditioned by these standards for success. His feeling of self-esteem is not based primarily on the value of his powers and the use he makes of them in a given society. It depends on his salability on the market, or the opinion others have about his “attractiveness.” He experiences himself as a commodity designed to attract on the most favorable, the most expensive terms.
The higher the offered price the greater the affirmation of his value. Commodity man hopefully displays his label, tries to stand out from the assortment on the counter and to be worthy of the highest price tag, but if he is passed by while others are snapped up he is convicted of inferiority and worthlessness. However high he may be rated in terms of both human qualities and utility, he may have the ill-luck—and must bear the blame—of being out of fashion. From early childhood he has learned that to be in fashion is to be in demand and that he too must adapt to the personality mart. But the virtues he is taught ambition, sensitivity, and adaptibility to the demands of others—are qualities too general to provide the patterns for success.
He turns to popular fiction, the newspapers, and the movies for more specific pictures of the success story and finds the smartest, the newest models on the market to emulate. It is hardly surprising that under these circumstances man’s sense of his value must suffer severely.
The conditions for his self-esteem are beyond his control. He is dependent on others for approval and in constant need of it; helplessness and insecurity are the inevitable results. Man loses his own identity in the marketing orientation ; he becomes alienated from himself. If man’s highest value is success, if love, truth, justice, tenderness, mercy are of no use to him, he may profess these ideals but he does not strive for them. He may think that he worships the god of love but he actually worships an idol which is the idealization of his real goals, those rooted in the marketing orientation.”

Cf. The chapter on the marketing orientation in “Man for Himself” (Fromm, 1947). 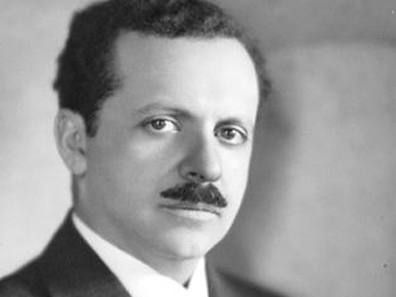 “The conscious and intelligent manipulation of the organized habits and opinions of the masses is an important element in democratic society. Those who manipulate this unseen mechanism of society constitute an invisible government which is the true ruling power of our country. We are governed, our minds are molded, our tastes formed, our ideas suggested, largely by men we have never heard of. This is a logical result of the way in which our democratic society is organized. Vast numbers of human beings must cooperate in this manner if they are to live together as a smoothly functioning society.Our invisible governors are, in many cases, unaware of the identity of their fellow members in the inner cabinet.They govern us by their qualities of natural leadership, their ability to supply needed ideas and by their key position in the social structure. Whatever attitude one chooses to take toward this condition, it remains a fact that in almost every act of our daily lives, whether in the sphere of politics or business, in our social conduct or our ethical thinking, we are dominated by the relatively small number of persons—a trifling fraction of our hundred and twenty million—who understand the mental processes and social patterns of the masses. It is they who pull the wires which control the public mind, who harness old social forces and contrive new ways to bind and guide the world.” (Edward Bernays, Propaganda, 1928) 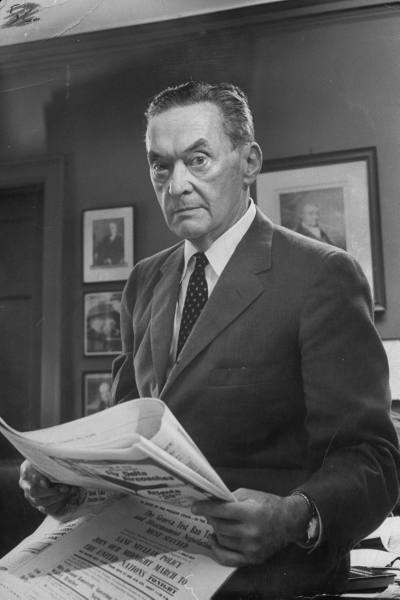 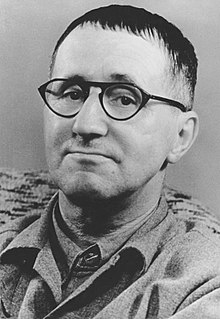 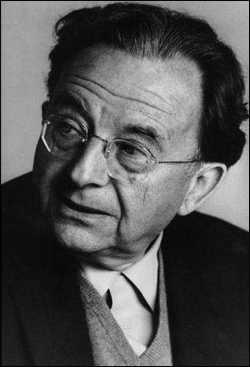 "Es ist sehr nützlich, zwischen rationaler und irrationaler Autorität zu unterscheiden. Mit irrationaler Autorität meine ich Autorität, die durch Angst und Druck auf der Basis emotionaler Unterwerfung ausgeübt wird. Dies ist die Autorität des blinden Gehorsams, die Autorität, die Sie in allen totalitären Ländern am deutlichsten zum Ausdruck gebracht finden. But there is another kind of authority, rational authority by which I mean any authority which is based on competence and knowledge, which permits criticism, which by its very nature tends to diminish, but which is not based on the emotional factors of submission and masochism, but on the realistic recognition of the competence of the person for a certain job.” ― 1958. The Moral Responsibility of Modern Man, in: Merrill-Palmer. Quarterly of Behavior and Development, Detroit, Vol. 5, p. 6.

He who does not know the truth is merely a fool. But he who knows it and calls it a lie is a criminal.

Inventions for people are suppressed, inventions against them are promoted.

He who says A does not have to say B. He can also realise that A was wrong.

No advance is as difficult as the return to reason.

1. Our Concern. From the day of President Kennedy's assassination on, there has been speculation about the responsibility for his murder.
Read more
Belief bias
Belief bias
Belief bias is the tendency to judge the strength of arguments based on the plausibility of their conclusion rather than how strongly they support that conclusion. A person is more likely to accept an argument that supports a conclusion that aligns with their values, beliefs and prior knowledge, while rejecting counter arguments to the conclusion. Belief bias is an extremely common and therefore significant form of error; we can easily be blinded by our beliefs and reach the wrong conclusion. Belief
Read more
This website uses cookies to improve your experience. We'll assume you're ok with this, but you can opt-out if you wish. Cookie settingsACCEPT
Privacy & Cookies Policy

Any cookies that may not be particularly necessary for the website to function and is used specifically to collect user personal data via analytics, ads, other embedded contents are termed as non-necessary cookies. It is mandatory to procure user consent prior to running these cookies on your website.